Alexis was raised in the Bay Area by a family of working-class immigrants. He graduated from Hayward’s public schools and became the first in his family to earn a college degree when he graduated from Occidental College in Los Angeles.

His grandfather was a migrant farmworker who volunteered for the United Farm Workers, and his father was a union construction worker in San Francisco. Proud of this history, Alexis always had a special interest in the Labor Movement, and after college, Alexis moved back to the Bay Area to pursue a career in workers’ rights and advocacy.

As an organizer for SEIU local 87, Alexis led a successful campaign to reinstate a group of wrongfully terminated janitors at the SanFrancisco Superior courthouse, and he worked on the ongoing campaign to win a contract for janitors at Equinox’s luxury gyms in San Francisco. Alexis has also worked as a paralegal at various workers’ rights and civil rights law firms on cases involving the misclassification of gig workers as well as gender, race, and disability discrimination. 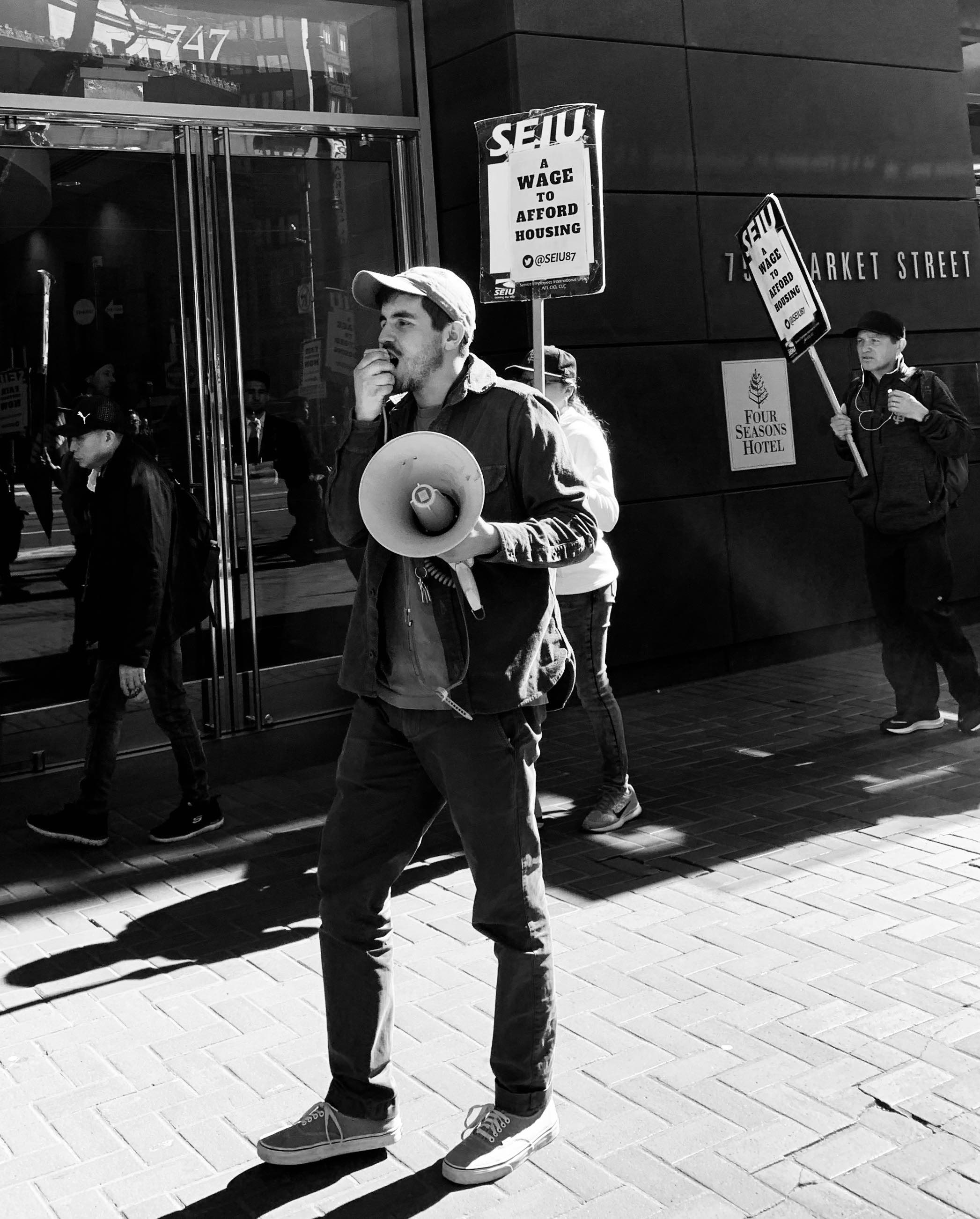 Follow the campaign.
Hear about upcoming events & updates from the trail @EastBayAlexis

Get involved.
Learn how you can help get Alexis to Sacramento!
Thank you! Your submission has been received!
Oops! Something went wrong while submitting the form.